The National Board of Directors has been busy in 2021. We have approved a number of motions that will provide tangible benefits for our members. We have approved and prioritized our strategic plan.  In November we received a Pathway to Success Grant from The Appraisal Foundation for the development of a Practical Applications of Real Estate Appraisal (PAREA) program to provide an alternative to the traditional experience requirement.  We have already begun work on its development.  We are hard at work trying to enhance our Diversity Equity and Inclusion (DEI) efforts. PAREA and the University Relations Committee (URC) are two ways we will accomplish this. Earlier this year, we eliminated the annual fee for student membership in the Appraisal Institute. In 2022 URC will reach out to 100 universities across the country that have real estate majors. URC now is searching for ambassadors for each university. The universities in Region VI are:

University of District of Columbia

Our members need to be aware of the opportunity and begin to plan to take advantage of this huge opportunity. Keep in mind that many of the universities have been approved for education credits from the Appraisal Foundation. For example, Pennsylvania State University has been approved for 285 hours towards the 300 hours required to obtain a General State Certification License. Thus, a company that hires a PSU student graduating from the real estate program will have a huge time and education cost savings. This is a paradigm shift in the market. The cost savings allows our members to provide more competitive salaries to prospective hires. As you look toward 2022 plan how you can take advantage of the opportunity!

If you are interested in becoming an Appraisal Institute ambassador for one of these universities, please reach out to Richard Wolf, Region VI Chair, at rwolf@valbridge.com  or Joshua Garrettson, Region VI Vice Chair, at joshua.garretson@farmcrediteast.com.

The Appraisal Institute has a bright future and we’re looking forward to a prosperous 2022.  Best wishes for a happy and healthy holiday season!

The purpose of regions is mainly to serve as an information and networking conduit between the other two levels of AI’s structure: National and Chapters. It also enables members to develop leadership skills and exposure to those at the National level. To quote the AI bylaws: “The purpose of the regional structure shall be to facilitate the flow of information between the Board of Directors and the Chapters and among the Chapters within each Region and to provide opportunities for service to the Appraisal Institute.”

With 79 chapters and 10 regions, the average number of chapters per region is nearly eight. Region VI includes 10 chapters: three in New Jersey, four in Pennsylvania, plus the Delaware, Maryland and D.C. chapters. Only one other Region has 10 chapters.

In addition to these three officers (or four, depending on the year), the Region Committee consists of a Region Finance Officer (if it’s not one of the three officers), the 10 Chapter presidents, additional representatives from the chapters, and the member of the Region appointed by the national President to serve on the national Government Relations Committee. Region VI traditionally appoints the Third Director to the position of Region Finance Officer, which becomes the job of the Vice Chair in odd-numbered years. If a Region has a committee of Chapter Education Chairs (Region VI does not), a Regional Education Liaison would also serve on the Region Committee.

The Region committee has four meetings every year, at least one of which is in-person. This gives the representatives a chance to discuss relevant issues with the leaders of the other Chapters, consider new ideas and solve problems, and coordinate education opportunities. One of AI’s executive officers is usually at the meeting or on the conference call, giving representatives a direct voice to National. Occasionally there are super-regional meetings involving more than one Region, often in conjunction with the AI annual conference. This gives the members of the Region Committee even more exposure to national Board members, committee members and the AI executive officers. 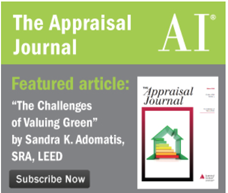